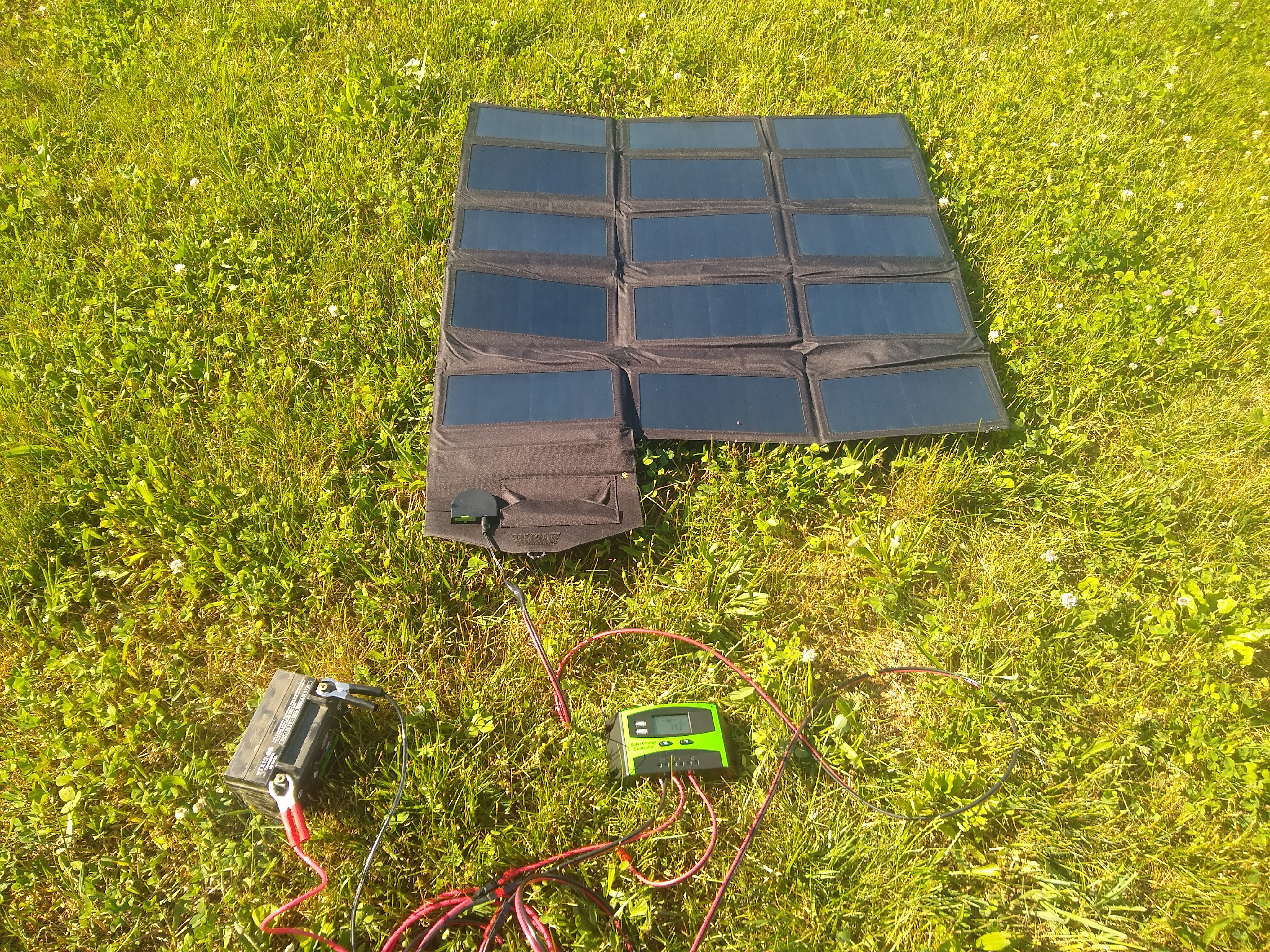 The portable solar panel consists of 15 small panels that fold  into a package that is about 12″ x 6″ x 6″.   It can generate a peak output of about 100 watts.  A small solar charger connects to a battery as well as the solar panel and has a 12 Volt load output that can drive a radio. 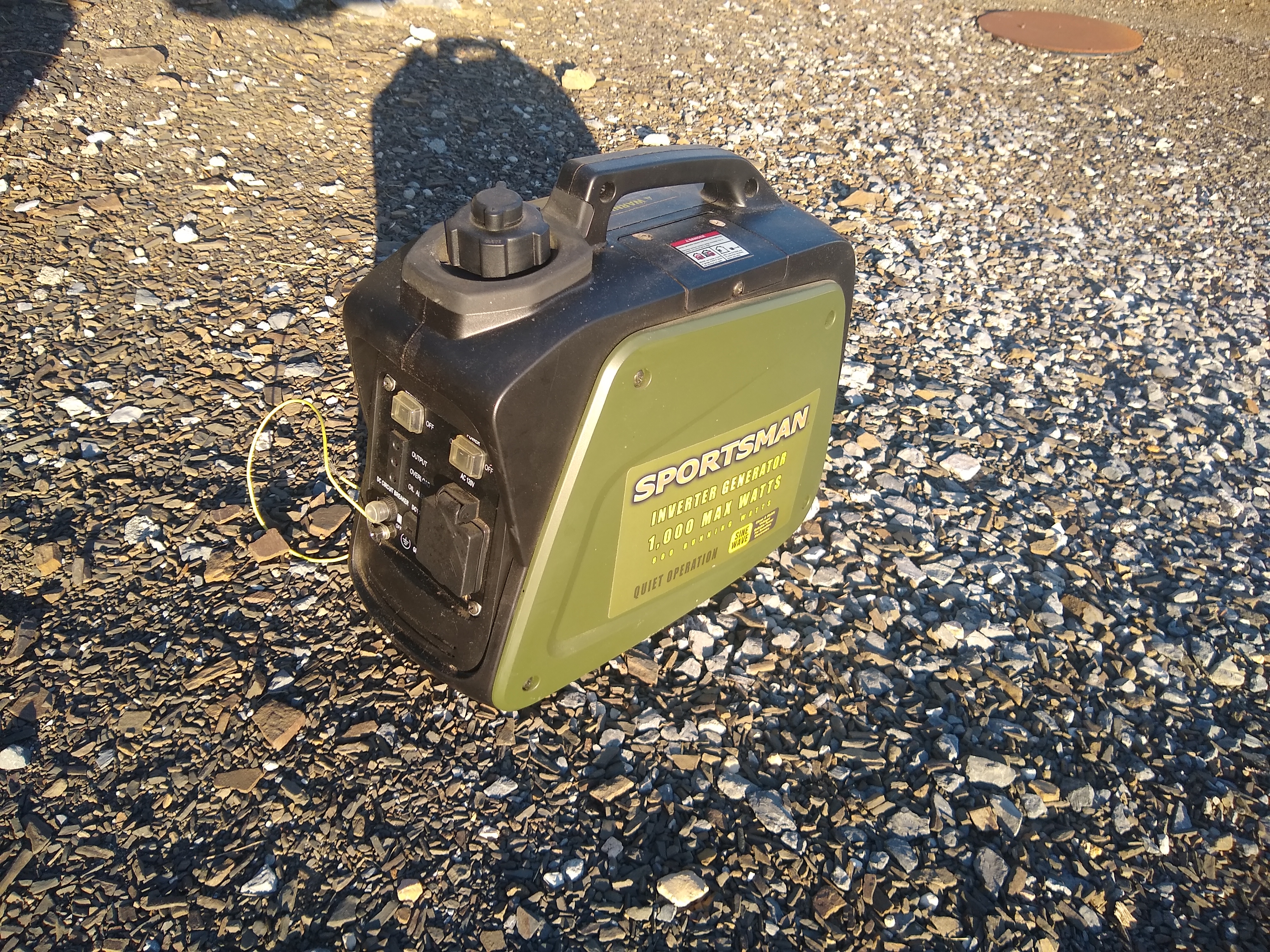 The 1000 watt generator-inverter is a Sportsman product purchased at Walmart for about $200.  It weighs only a bit over 20 lbs but runs on regular gas since it has a 4-cycle engine.  Of course it includes an oil reservoir.  I found it is fairly quiet and sips gasoline.  It barely uses 1 gallon of gasoline for Field Day operations running a 100 watt rig plus an LED lamp and laptop PC. 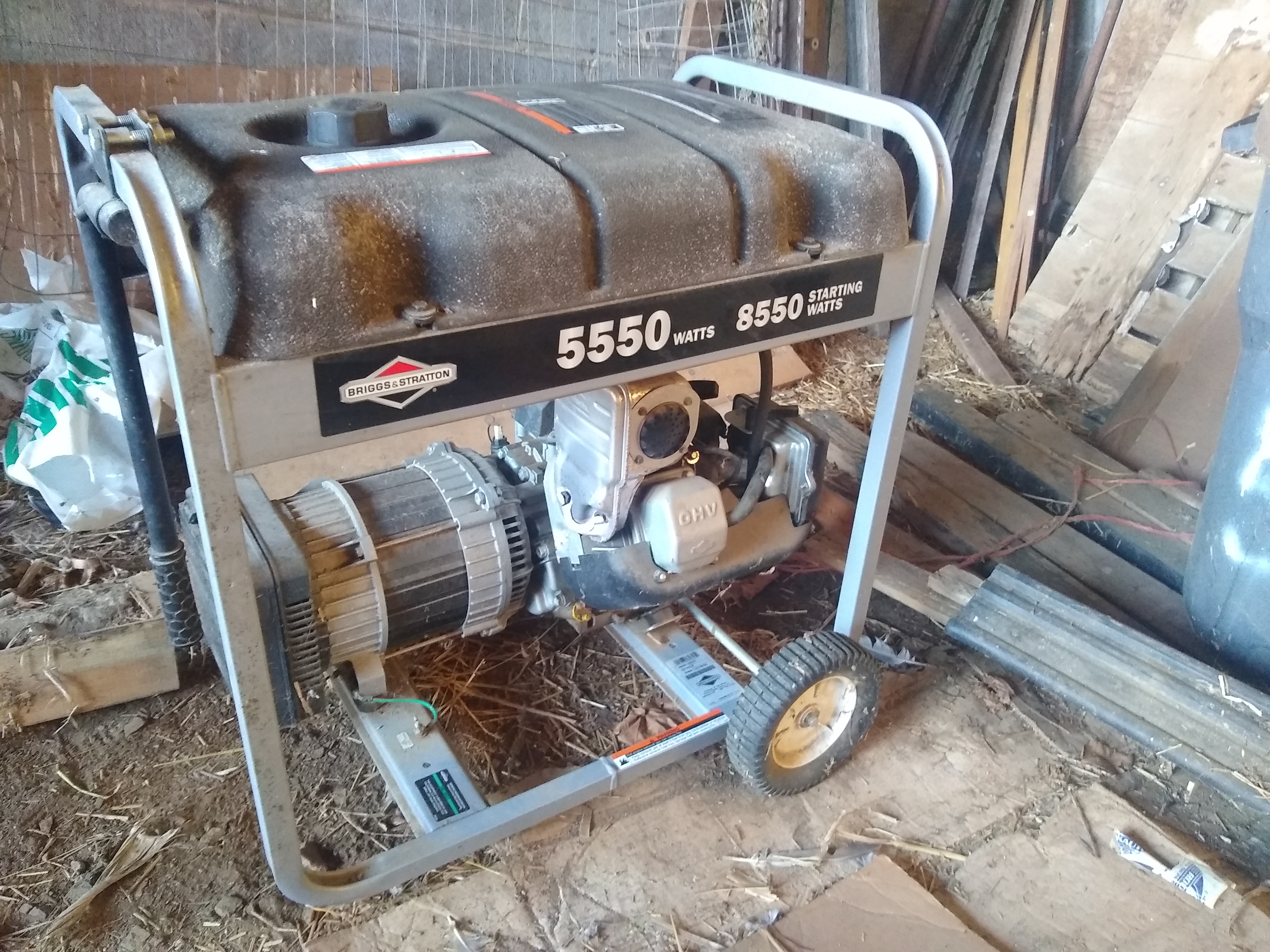 The larger generator is rated at 5500 watts continuous duty.  It is fairly thirsty for gasoline and may use up to 10 gallons per day of operation.  It is also fairly noisy.  It can easily handle radio operations at high power of 1000 to 1500 watts RF ouput and can also run a refrigerator or freezer. 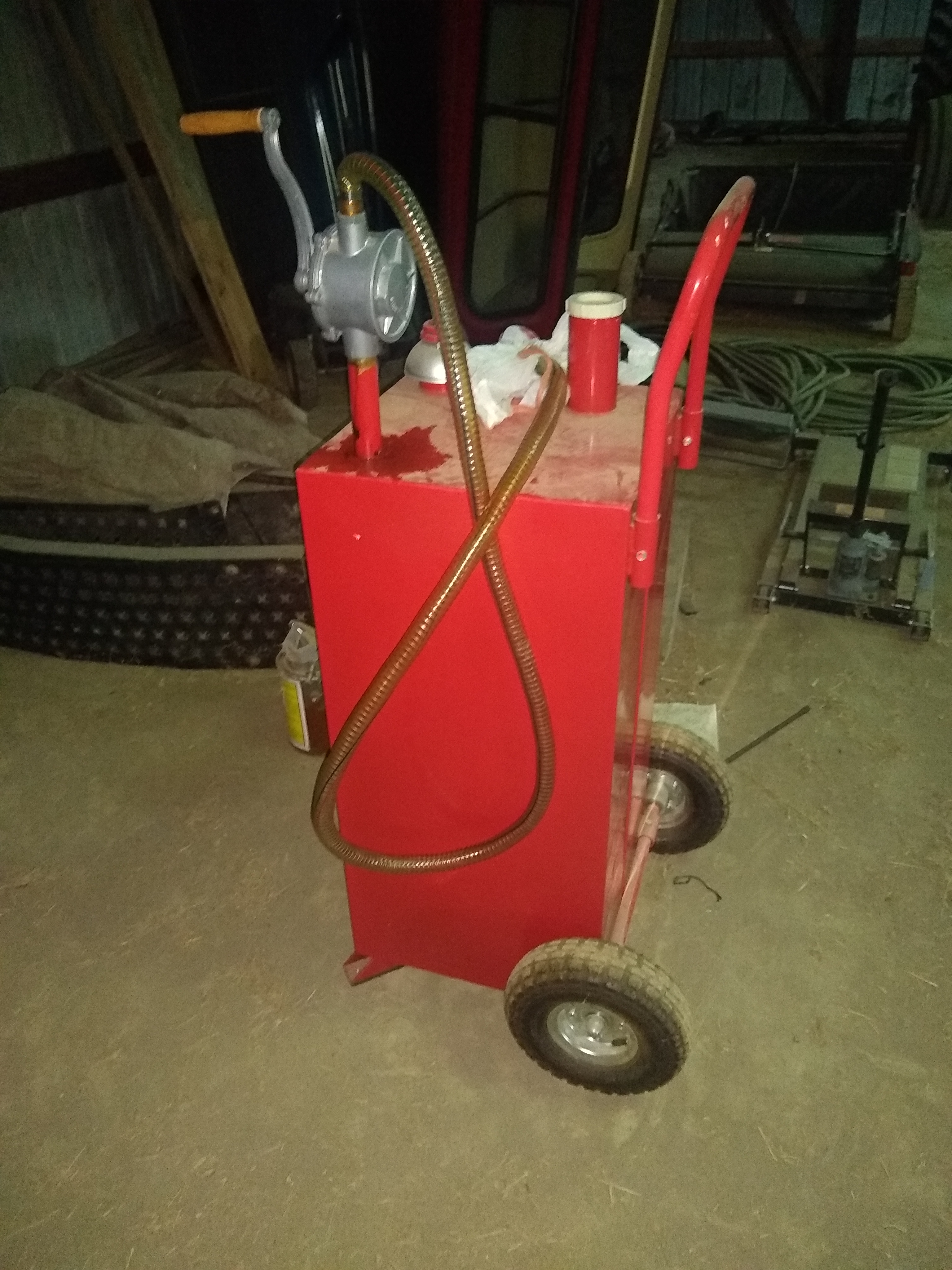 This is a 30 gallon gas tank cart with a built in manual fuel pump that can hold a fairly large supply for the generators.  It can be wheeled onto a small trailer with a rear ramp and taken to a gas station for filling.  I treat the fuel stored in the tank with gas stabilizer so that the gas is usable over about a year but also use the gas for lawn mowing and other needs, so that the gas is cycled on a regular basis to keep it fresh.  Gas stabilizer is generally used with any gas put into the generators since they may sit unused for a few months between usage or testing and maintenance. 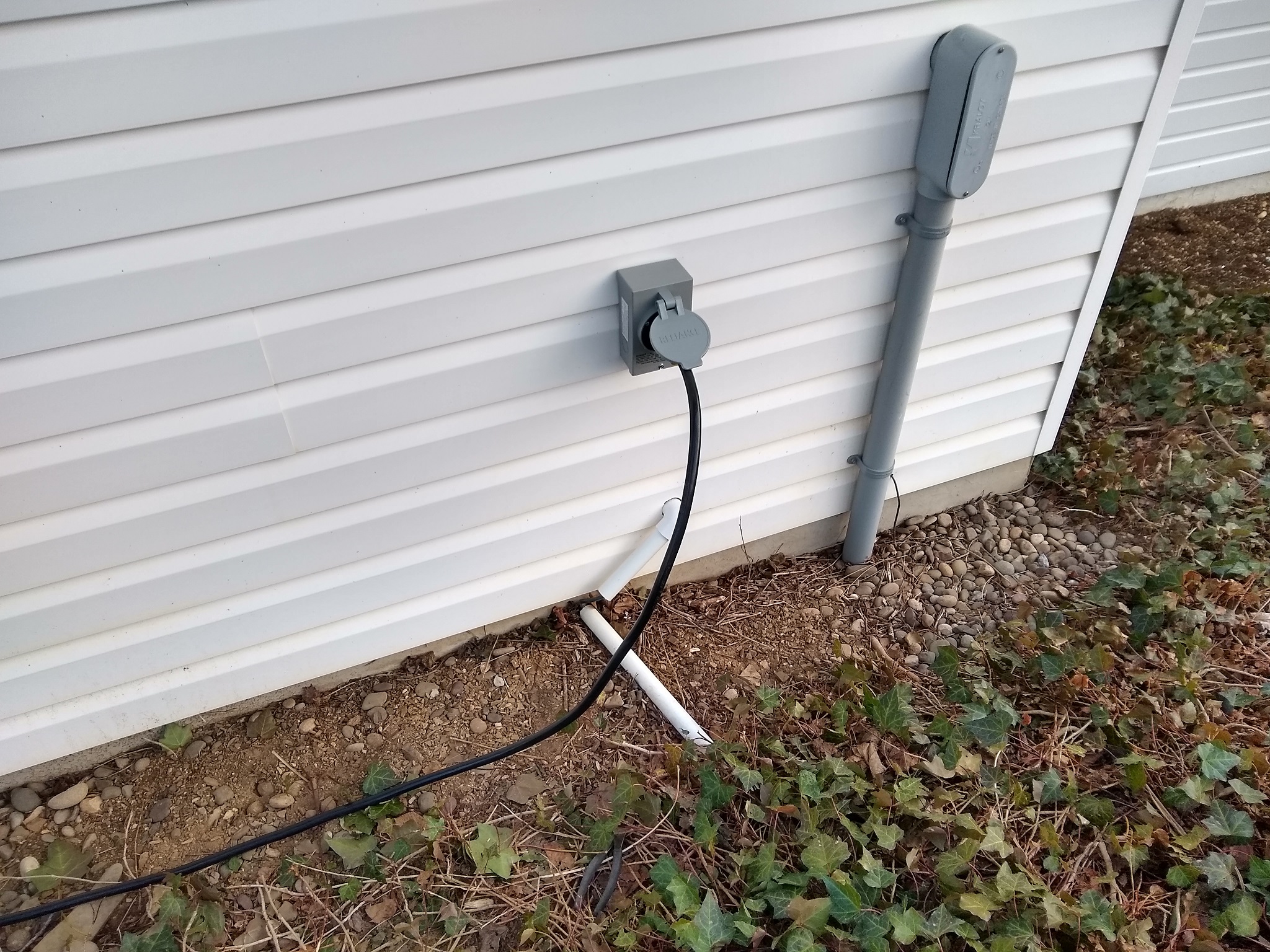 An L14-30 power inlet box is mounted on the outside of the garage near the main electrical box inside the garage.  This support 220V at 30 Amps.   A 40 foot heavy duty power cable connects to the generator on the driveway. 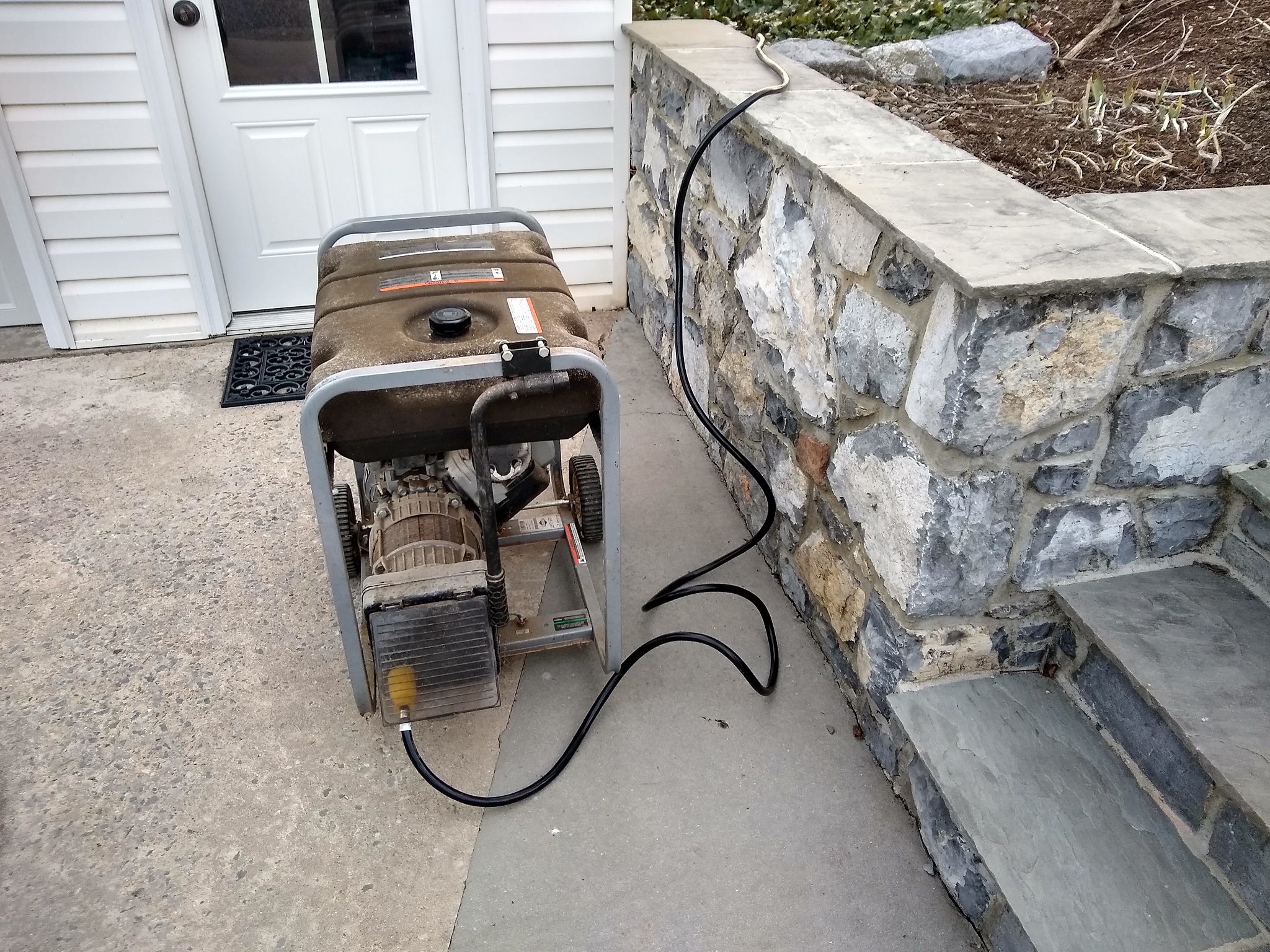 The generator has a single L14-30 power outlet. 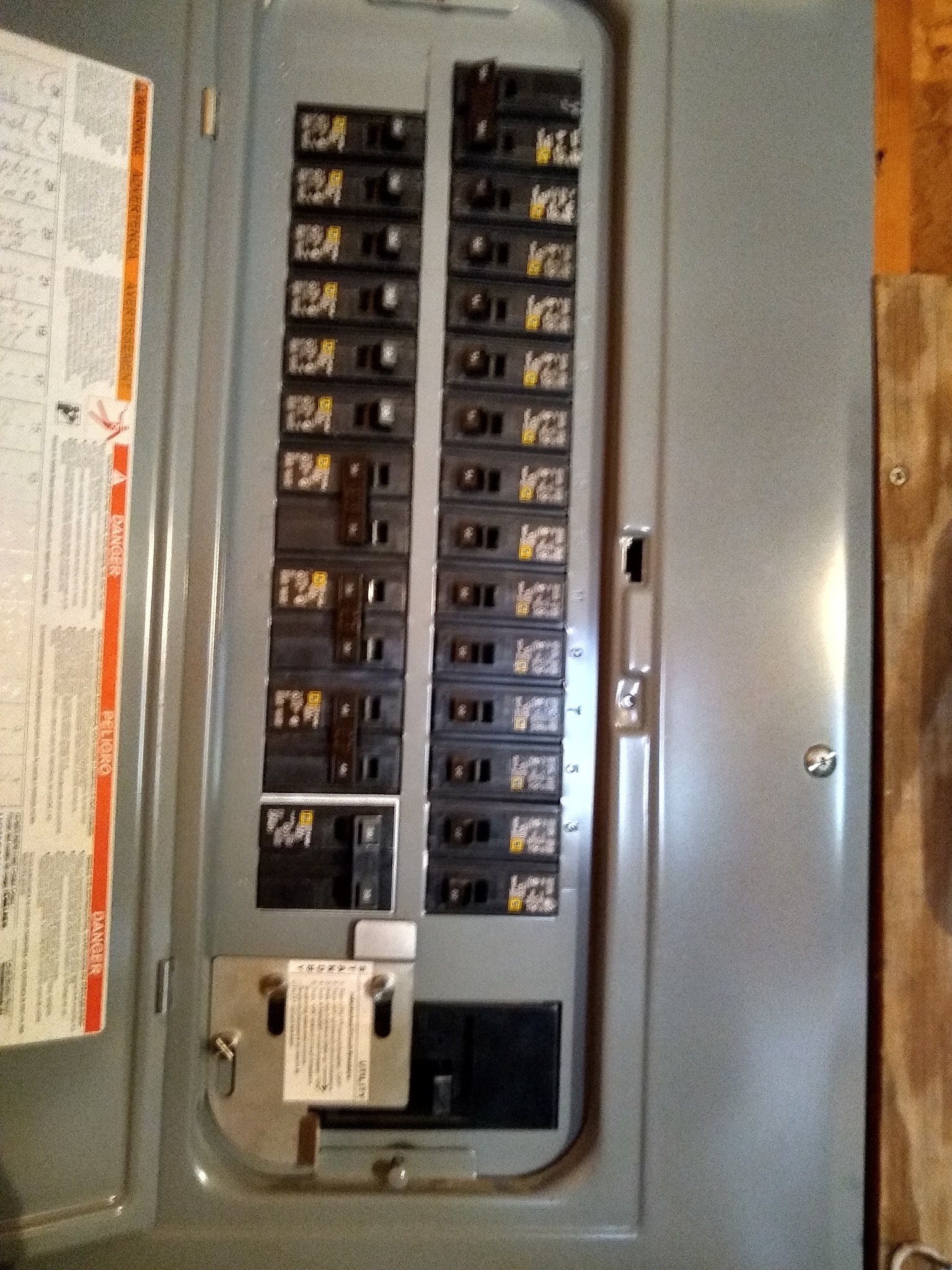