Radio amateurs can set up a highly capable contest voice keyer on a PC in the radio shack for about $50 of hardware and some free software.  The PC provides audio mixing in SW for the operator’s mic and the voice keyer, and it drives both the audio for the rig with the mixed audio and audio for a monitor speaker with only the voice keyer audio.

A common setup for a contest voice keyer uses an external audio box or special cable to combine a microphone’s output with the voice keyer’s output to drive the rig’s mic input.  The setup used here avoids that external audio box or special cable by mixing the audio in the PC using the SW program VoiceMeeter.  This setup does need a cable to adapt the rig’s mic input to a standard 1/8″ stereo jack which is easy to build or can be purchased.  A USB microphone is used instead of a typical ham microphone wired for the rig’s input, but it can then also be used for audio recording on the PC, remote operations,… 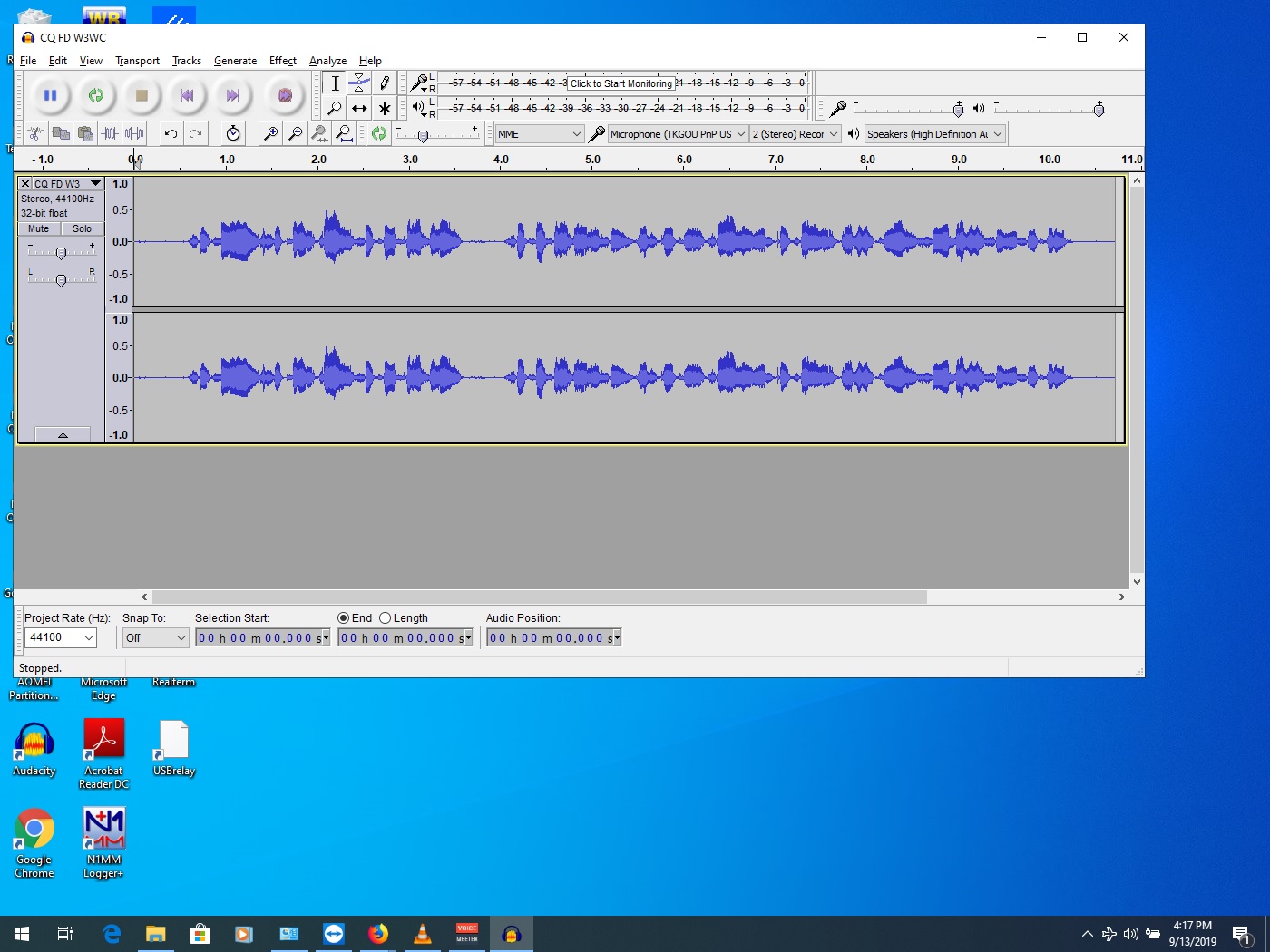 Each audio file is opened with VLC and VLC is placed in playlist mode in one corner of the PC screen, so that all the audio files appear together in one window and can be launched quickly/easily by clicking on the desired voice message.  The major part of the PC screen can be used for contest logging and station control.

An alternative to VLC or a similar audio player is the N1MM+ contest/logging/control software.  N1MM+ provides a keyboard interface where audio messages can be launched with a single keystroke using the F1 to F12 function keys.  This is faster than using a mouse to point and click to launch an audio message with VLC, but it is a bit more complex to setup.  N1MM+ provides support where the voice messages of different operators are stored in different sub-directories, and changing operators automatically selects the correct voice messages.  N1MM+ even has provision to store the individual letters of the alphabet, the digits 0 to 9 and special characters to allow audio transmissions based on general keyboard input.

The standard audio mixer in Windows does not support very flexible audio mixing, so VoiceMeeter is used instead. 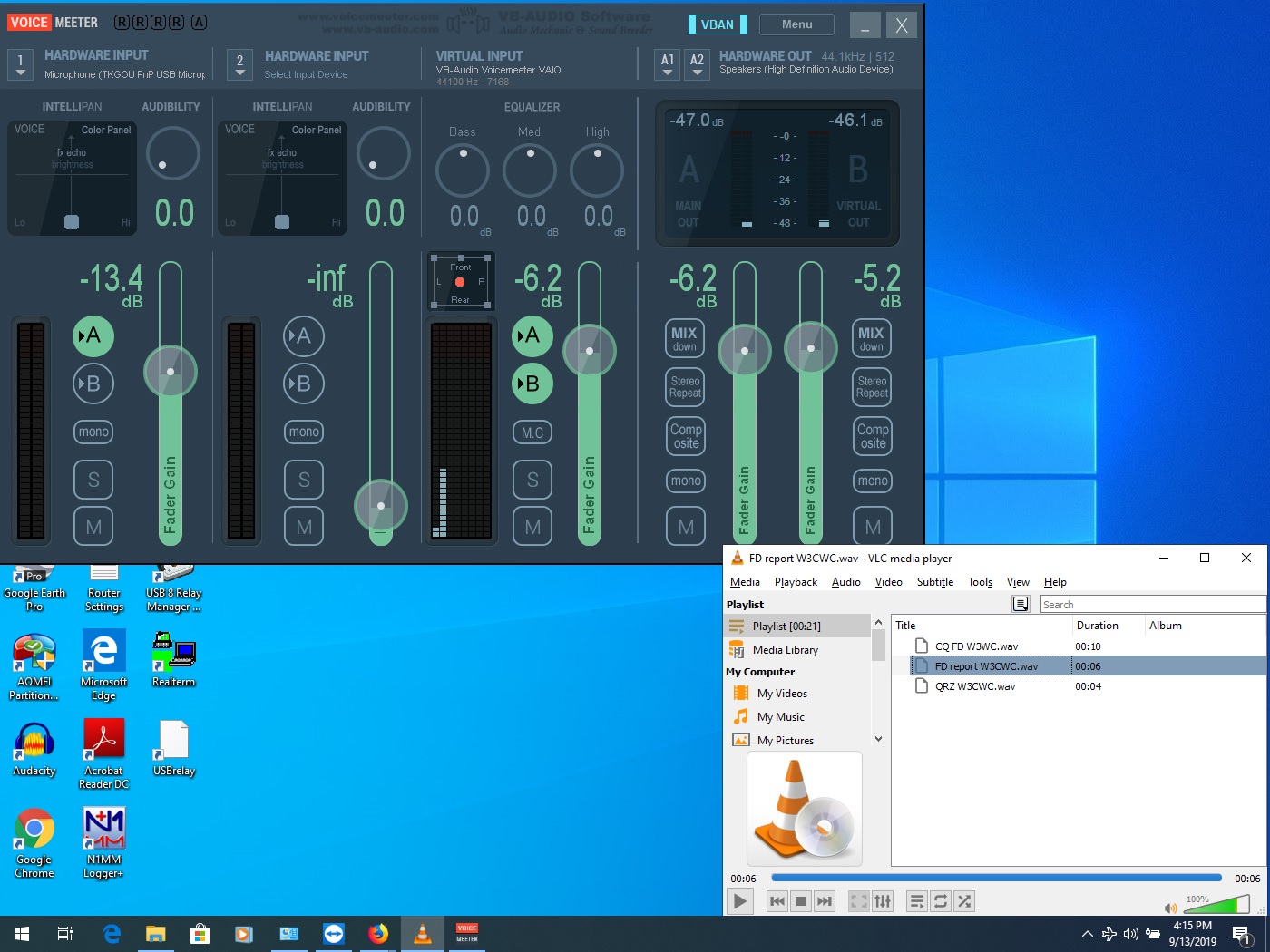 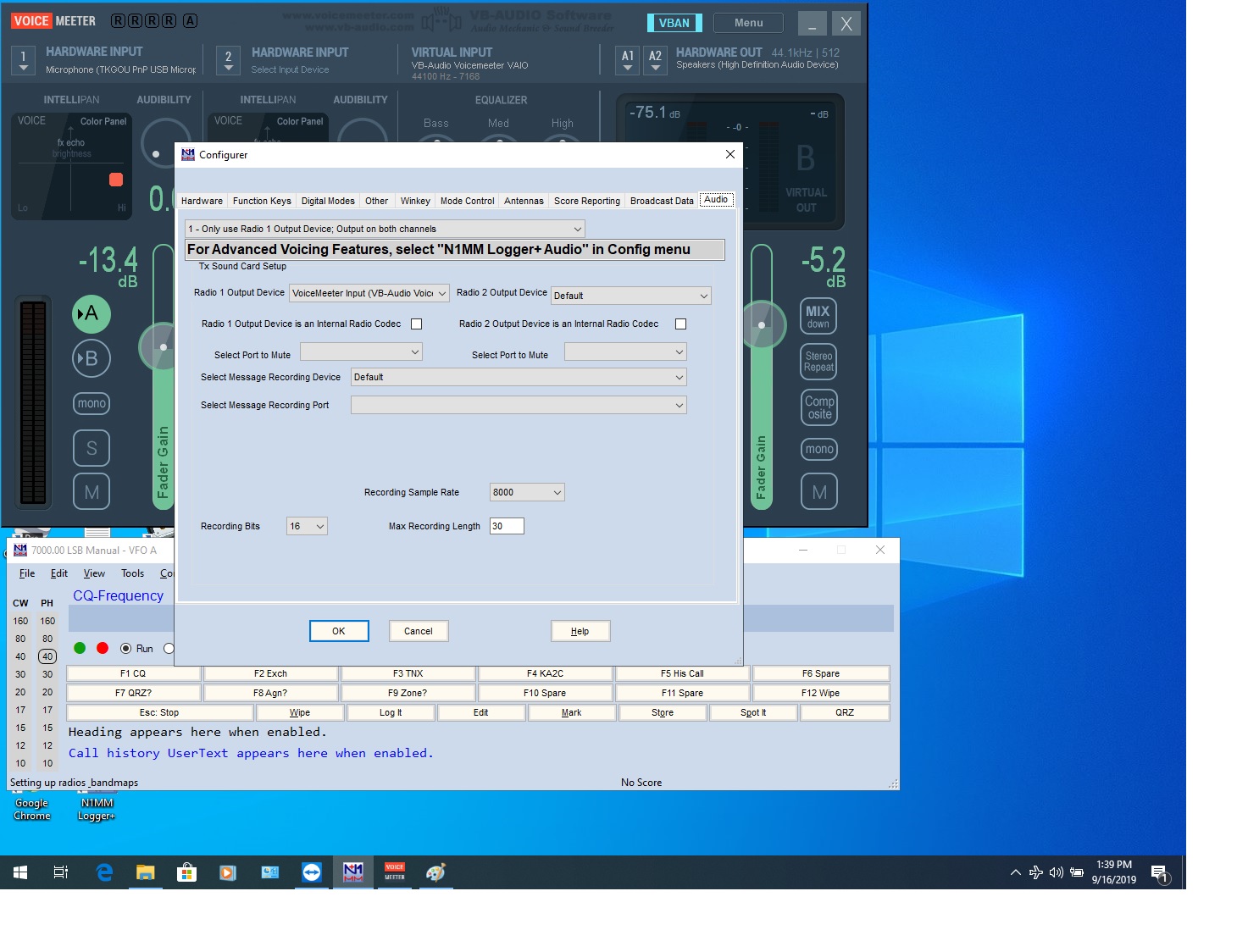 This voice contest keyer is very flexible since 100’s of messages can be stored if desired with either VLC or N1MM+ and saved for future contests.  It also works with the highly capable audio editor Audacity.  It is inexpensive to set up assuming you already have a PC in the radio shack, and the few pieces of hardware needed are also usable for remote radio shack operations.